


Close
This website uses "cookies" to give you the best, most relevant possible experience. By using this website, you acknowledge that you're OK with this. You can find out more about our data protection policy by following this link.

‍Please confirm your subscription by clicking "Yes, subscribe me to this list" in the email we just sent you.
‍

Get our Latest Report

Something went wrong while submitting the form. Please try again or refresh the page and try again.

‍Please confirm your registration and subscription by clicking "Yes, subscribe me to this list" in the email we just sent you.
‍

Get our Latest Report

Something went wrong while submitting the form. Please try again or refresh the page and try again. 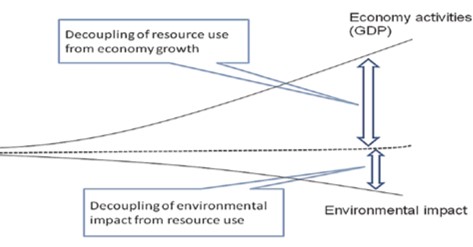 In a capitalist society, economic growth thrives on consumption. Every year, hundreds of millions of desktop PCs and laptops are sold; since 2014, smartphone manufacturers have sold over 1 billion units annually.

This is a point that the European Commission included in its goals for the next half-decade. It features prominently in the European Green Deal: reduce resource consumption while facilitating economic growth,these elements needs to be decoupled.

In the ICT sector, legislation provides a path forward for environmentally sustainable practices. The underlying methodology, which would see businesses reuse hardware and software, could have a sizable impact on waste and carbon emissions.

Under a circular economy, consumers and the environment come out winners – here’s why.

Hardware and software reuse in the circular economy

Organisations have long used End of Support designations on hardware and software to phase out models and artificially inflate new sales. This might keep the manufacturers and their shareholders happy, but it doesn’t benefit anyone else.

To start with, you have the increase of usage of resources as businesses are forced to upgrade hard- and software, despite how serviceable their current versions or models are.

Then, you also have the associated increase in waste. Rather than support versions or models until no longer operable, they are phased out – which only adds to the growing mountain of waste.

Last, but not least, you have the increase in carbon emissions. Recycling is rightfully noticed for its ability to turn waste into new resources. But emissions involved in relocating these products to a facility, breaking them down and the complete treatment reduce the outcome what’s gained from recycling in the first place. Hence, recycling is valuable,though only as the last option.

The above line of thinking is why the EU Commission has included the repair and reuse of hardware in its strategic initiative. The Deloitte report on the ICT Aftermarket in Europe states that while recycling is certainly effective, it can’t be the only solution. It views repair, life-cycle extension and reuse, as complementary and required aspects to the circular economy. When carried out by independent third-party maintenance providers and ICT Brokers this adds additional economic advantages as well as European jobs.

By committing to this model of ICT consumption, the economy can effectively get a second-life cycle out of a product before it’s recycled. Businesses could extend the life-cycle of assets,recoup their investments or purchase assets at a reduced cost without negatively impacting the environment.

With hardware, this may manifest itself as one company purchasing a used server from another – with emissions only produced by the reconfiguration and transport process.

With software, this could surface as organisations extend the life of their current version rather than being forced to upgrade,having high associated cost for new though unnecessary features, and to make investments in hardware due to rising system requirements.

In any case, it’s clear that to support environmentally sustainable economic growth, a shift to a circular economy is key. In that transition, reuse of software and hardware is a necessity.

The theory of hardware and software reuse is something that’s tough to disagree with. When it comes to putting words into action however, there’s a few different ways to go about it.

For reuse to have the type of positive impact it’s destined to have in the circular economy, the way in which it’s introduced must:

A.    Be able to calculate the environmental impact of each aspect of the product life-cycle, from production to use to transport for reuse and to recycling.

B.    Clearly indicate to companies the environmental impact that reusing a specific piece of hardware or software would have.

With the right calculations in place, it would support strategic initiatives that seek to lower carbon emissions by supply exact results for reusing hardware and software.

It’s a model that is worked out in a recent report from the Swedish Environmental Institute and Inrego, an ICT life-cycle management company. The report shows that pairing a replicable carbon emissions calculation with a centralized products database clearly show the environmental impact of repairing, reusing and recycling hardware and software.

Data is king and when it comes to showing the environmental benefits of the circular economy, it’s all but necessary. The database approach is one way that independent providers could facilitate the transition to a standard of hardware reuse. It’d showcase the benefits of repairing products, extending life-cycles (with TPM support) and transferring assets to another buyer or having it be recycled.

While it may still be too early to clearly say how ICT reuse will become mainstream, one thing is certain: the EU is rapidly moving towards integrating a full circular economy and ICT reuse won’t be what holds it back.

Sign up to Free ICT Europe’s newsletter to keep informed about changes to the ICT industry and to get your copy of the Free ICT report by Deloitte.

Are you an ICT Secondary Market provider?
Then please join our alliance, as we need your help to raise our voice.

FIE has become a serious partner in Brussels, please join the alliance, so that we can continue to expand our reach and gain more attention representing businesses like yours.

As a Foundation we are depending on the gifts we receive. Please consider to support us financially, your contribution is appreciated & needed!
Thank you in advance,

Subscribe to our newsletter so that we can share more about our activities and the issues our industry is facing. We also encourage other companies to share their story.